Osho on Fear of Other’s Opinion – Never accept others’ opinions 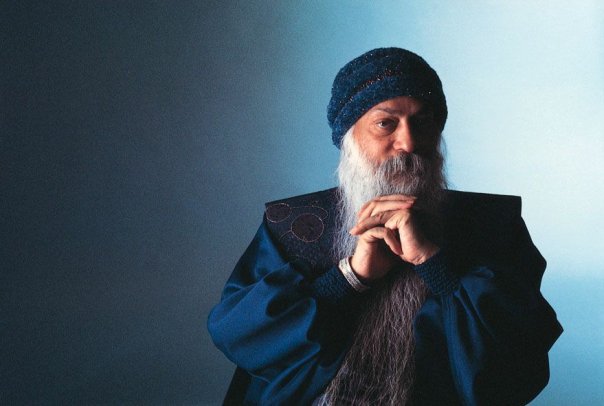 Question – Why am i always afraid of other’s opinion?

To really be a free man and to exist in any society is very difficult. And I say it to you from my own experience. It is almost impossible to co-exist, because the society does not want any free man. The free man is a danger to the society’s existence. The society likes zombies, machines, robots – always ready just to fall anywhere into a queue. Just call loudly to them ’Attention!’ and they start falling in line just mechanically. They don’t ask why; they are imitators.

To fit in with others, the society gives you as much as you want – it gives you a good image, it buttresses you. But if you don’t listen, then it starts changing its opinion. It can demolish you within seconds, because your image is in social hands. So this is the first thing to be understood.

You ask: WHY AM I ALWAYS AFRAID OF OTHERS’ OPINION? Because you are not yet. You are nothing but others’ opinion, hence the fear: they can take back their opinion. The priest has said that you are a very good man. Now, if you behave, you will remain a good man. If you don’t behave according to him – and he may be himself a neurotic, but you have to behave according to him – if you don’t behave, if you do something on your own, the priest will look at you and say ’Now you are going against morality. You are going against religion, you are going against tradition. You are falling into sin!’ He will change his opinion of you. And you were ’good’ because of his opinion.

A man was told by his doctor ’You are going to make medical history, man. You are the only male ever recorded who has become pregnant!’
The man replied ’This is terrible. Whatever will the neighbours say? I am not even married!’ Now, he is not interested in history and in setting a medical record. He is worried about what the neighbours will say because he is not even married.

We are continuously afraid. This fear will continue if you don’t drop collecting opinions. Drop them – all opinions. Somebody believes that you are a saint? Drop it, because he is dangerous; he will manipulate you through his idea. Once you listen to him and you believe him, he becomes the master and you become the slave.

Sometimes people come to me and they say ’You are a great saint.’ I say ’Sorry, excuse me. Never utter such a word to me, because I am not going to be manipulated by anybody. I am just myself; saint or sinner, that doesn’t matter.’ The man is thinking that he is trying to praise me. Maybe he is not even aware of what he is doing.

Just think. You call a certain man a saint, a MAHATMA, a great sage. Now one day he wants to smoke – what to do? He cannot smoke, because what will happen to his sainthood? Now it seems too much to pay – with sainthood – just for a smoke. He cannot smoke because so many people call him a saint. Or, he will become a hypocrite. He may start smoking behind the door and he will not say that he smokes. He will condemn smoking like anything when he is in public. Then he will have two faces: the public and the private. Then he will be split.