Osho – Why am i always living in a kind of hell? 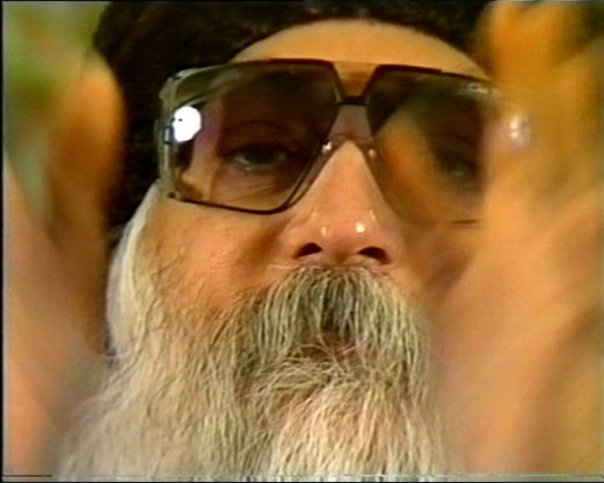 Question – Osho, Why am i always living in a kind of hell?

Osho – Sudhir, IT IS ALWAYS your own creation. Whether you live in heaven or hell, you live in your own creation. Nobody else is responsible. Don’t throw the responsibility onto God, fate, kismet, society, economic structure. Don’t throw the responsibility on your past lives, on others. Take the whole responsibility on yourself, because that is the only way to move, to change, to go beyond. The only cause of hell, the only cause of misery is you and nothing else. Except you, nobody can cause it. And it is not the past; you are creating it each moment.

A construction worker is sitting astride a beam on the twenty-fifth story of a New York skyscraper which is being built. The lunch hour bell rings and he takes out a box of sandwiches from his lunch pack. He bites into the first sandwich, then grimaces.

”Shit! Peanut butter again!” And he throws it away. He takes a second sandwich and takes a mouthful, then spits it out. ”Shit! More peanut butter!” He takes out a third sandwich, and this time eats it with pleasure. Then he digs back into his box and takes out a fourth sandwich. ”Shit! Peanut butter!” he exclaims.
One of his workmates has been watching him and finally says, ”How long have you been married
now, Mike?”
”Ten years,” says Mike, looking up.
”And your wife still does not know that you don’t like peanut butter?”
”Don’t bring her into this. I made these sandwiches myself.”

Two drunkards are talking to each other in a pub.
”My name is Smith,” says one.
”That’s strange,” replies the other. ”My name is Smith too. Where do you live?”
”Just across the street.”
”Ahh? Me too! What floor?”
”Third.”
”Blimey! That’s where… where I live too.”
At this point the bartender turns to another client, and shaking his head says, ”Every Saturday night it is the same thing. They are father and son.”

A woman committed suicide by jumping off a ten story roof onto the sidewalk. She was lying naked on her back when a priest came up and put his hat over the woman’s vagina. A drunk passing by seeing the woman and the hat exclaimed, ”The first thing we have got to do is to get that guy out of there!”

Be a little more conscious, Sudhir. Watch how you create your hell. Watch carefully each step, and you will be able to find how you create it. People only reap the crop they have sown themselves. To become aware of it is the greatest moment in one’s life, because from there transformation begins, from there a new life starts.

Take the whole responsibility of whatsoever you are, and wherever you are. This is the first principle of my sannyas: The whole responsibility is yours, don’t blame anybody, and don’t try to find causes somewhere else. It is easy, and it is the strategy of the ego always to find causes somewhere else, because then there is no need to change. What can you do? The society is wrong, the social structure is wrong, the political ideology is wrong, the government is wrong, the economic structure is wrong – everything is wrong except you. You are a beautiful person fallen into everything wrong. What can you do? Then you have to suffer, and then you have to learn how to tolerate.

That’s what people have been doing for centuries – learning tolerance. I don’t teach you tolerance; I teach you transformation. Enough of tolerance! Tolerance means you have misunderstood the whole thing. Transformation means you have started to begin – at least the first ray of understanding has entered in you. Now whatsoever it is, watch each step how it comes. If it is anger watch; if it is sexuality, watch; if it is greed, watch – the three poisons of Ko Hsuan. And through watchfulness you will be able to get rid of them. In fact, through watchfulness they simply start disappearing.

2 thoughts on “Osho – Why am i always living in a kind of hell?”