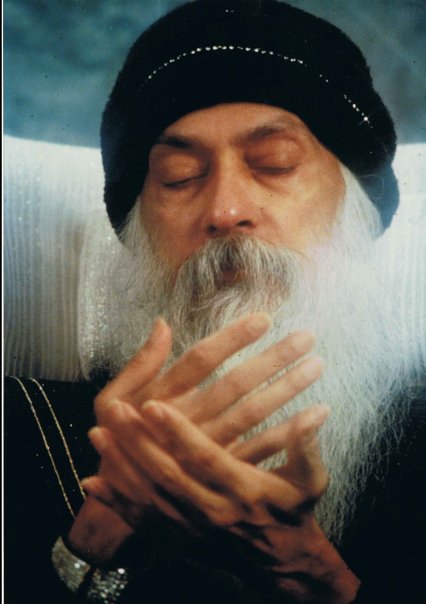 Question – Osho, Why are you so much against Philosophy?

Trust kills thinking; in trust, thinking commits suicide. And when there is no thinking and trust pulsates in your being, in each pore of your being trust permeates you, overwhelms you, you know what is.

Philosophy TRIES to know, but never knows. Religion never tries to know, but knows. Philosophy is an exercise in futility, of futility. Yes, it talks about great things — freedom, love, God, meditation — but it only TALKS about.

I use a totally different word, ‘philosia’, instead of philosophy. Philosophy means, literally, linguistically, love for knowledge. Philosia means love for seeing, not only for knowledge. Knowledge is not enough for the real enquirer; he wants to see.

When you are thirsty you cannot be satisfied by the formula H20. Howsoever right it is — that is not my concern, that is irrelevant — right or wrong, the formula H20 cannot quench your thirst. You would like water, and whether you know about H20 or not does not matter.

A woman was going to a doctor for a physical examination before her fourth marriage. During the course of her examination the doctor was startled to discover that she was still a virgin.

He demanded an explanation, “How can this be? You are preparing for your fourth marriage and yet you are a virgin?”

“My first husband,” she replied, “I married for love, but as we were leaving the church to go on our honeymoon a tragic automobile accident occurred and he was killed.”

“My second husband,” she continued, “I married for money. He was very old, and so nothing ever happened between us.”

“My third husband,” she said, “was a great philosopher, and all he could ever do was sit on the edge of the bed and tell me how good it was going to be.”

Philosophy is pseudo-religion. Religion is true philosophy, because religion leads you into the world of seeing, knowing, experiencing. Exactly in that sense, Pythagoras has coined the word ‘philosophy’. ‘Sophy’ means SOPHIA; ‘philo’ means love: love for the ultimate wisdom. That was the meaning given by the man who coined the word ‘philosophy’; he was Pythagoras. He had travelled all over the world. He had been to India, he had conferred with great mystics of the East, he had met seers, enlightened people. It was he who first coined the word.

The original meaning is beautiful, but it got lost. When it fell into the hands of the Greeks it started having a totally different meaning, because the Greek mind is analytical, logical,rational. There are only two types of minds in the world: the Greek and the Hindu.

I am all for religion, because as I have seen, life is far, far more than logic can comprehend. Life is so vast and your capacity to think is so tiny. Life can be envisaged only through love, not through logic.

You will have to melt into existence. You will have to dance with it, sing with it. Dancing with the trees in the wind, singing with the river in the flood, having a communion with the clouds and the stars, you will know what God is — not by thinking about Him.