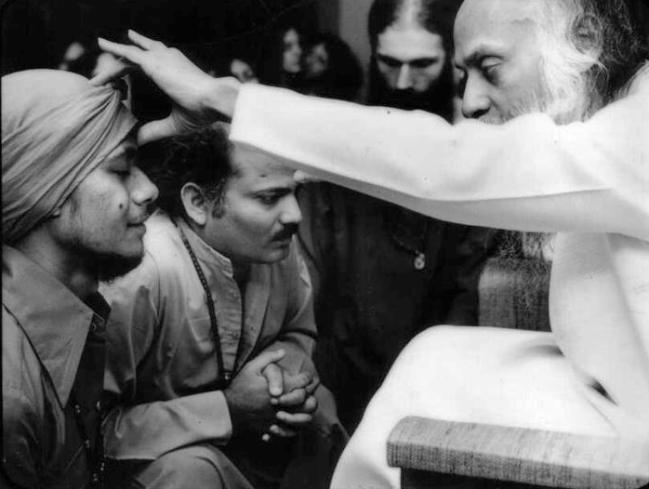 Question : Why do you appear to give more attention to westerners and, on the whole, to almost ignore indians? — i am thinking especially of when you give sannyas.

And those Indians who have questions, they never come to me. I have created too many barriers for them to come. Those Indians whose minds are too much stuffed, they don’t come to me — and I don’t want them here. I have made every possible effort to prevent them from coming to me. I am not interested in them.

For a spectator it may appear as if I am not paying attention to the Indians. And the question is from a Westerner — the question is from Anurag. You may see that when an Indian comes to take sannyas, I simply give him sannyas. Even if I ask him whether he has something to ask, he says no. Sometimes I don’t even ask him — I can see that he has not come to ask any question. He has come to be with me. And that is far more significant, far more deep. He has come just to see me, just to be with me. He wants a bridge in silence.

But to a watcher it will seem that I am not paying much attention, because when I talk then you think I am paying attention. When I talk for half an hour to one person, of course, you think I have been too much attentive to him. That simply shows that the person is too much in the head and I have to persuade him.

The Western mind is only mind — it has forgotten the heart. The Eastern mind is not only mind — the heart is still predominant, fortunately; the mind is secondary. So there is no need to talk much. He touches my feet and he is happy, he is tremendously happy — he has touched something real, he has touched something from the unknown. To a Westerner it seems just meaningless: Then why have you come? — just to touch the feet? just to sit silently? Silently you can sit at your home. Then why did you travel so far?

The Westerner knows only one way of communication and that is through language, through logic, reason. I have to convince him. The Indian needs no conviction. He is convinced about the fact of sannyas. If he has not taken sannyas, it is not that he is not convinced — it is only that he is not courageous enough. He wants a little courage.

Convinced he is! Convinced he is for many lives — that sannyas is the only way to be, to be rightly in existence. Sannyas is the only way to reach God, to reach truth, he is convinced. That is in the blood and in the bones. An Indian is born with the desire to be a sannyasin. He may not be able to dare — that’s another thing. So when he comes to me, he has not come for any conviction — conviction is already there — he has come to me just to feel my vibe, so that he can gather a little more courage and take the jump.

When a Westerner comes, he is not convinced at all. Sannyas? Seems just outlandish, bizarre, eccentric! For the Westerner, sannyas simply has no appeal. He has never thought about it.