Osho on Poverty in India, Why India is so Poor 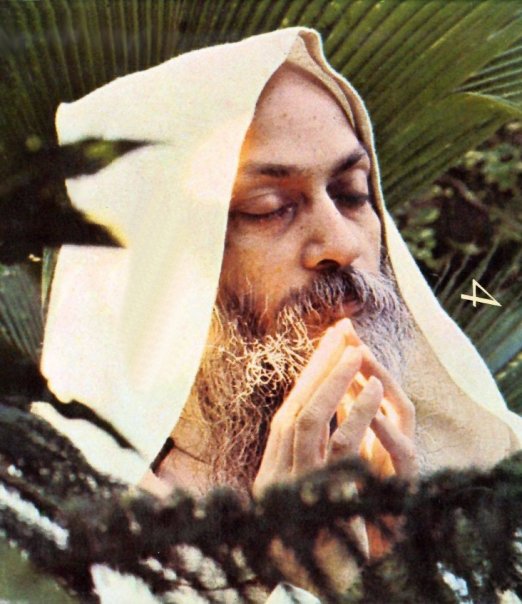 Question – Beloved Osho, Why is India so Poor?

The West has lived with the idea that only this world is real. Hence it has become rich, at least outwardly rich. The West has denied the other world: God is dead. And the West started becoming rich only when it started dropping the idea of the other world; then its whole energy was focused on this world. It became rich materially, but it became poor spiritually.

So maybe, once in a while, a person in India was able to become inwardly rich. But the millions, the masses, remain outwardly poor. And because there is no foundation, they have remained inwardly poor too.

India has to get rid of its otherworldly obsession. It has to learn to love this world too, it has to learn that this world is also real. The very moment that happens will be a great change in India’s life. But the saints, the so-called saints, still go on teaching that this world is unreal. And the poor people are consoled by it, so they go on clinging to the philosophy. If the world is unreal, this consoles: there is nothing to be worried about, it is only a question of a few years, then you will enter into the real world. So why bother?

The Eastern mind remains unscientific because of this basically wrong philosophy; science can be created only if the world is accepted as real. And if science is there, then technology is there, and technology is the only way to create riches. The so-called saints are responsible, and the so-called leaders, the politicians, are responsible, because the politicians go on teaching anti-scientific attitudes to the country.

Gandhi’s philosophy is anti-scientific. You will be surprised to know that he was against railway trains, the post office, the telegraph, modern medicine. He was against the basic technologies which can help the country. And he still remains the father figure, he still dominates the Indian mind, particularly the Indian politician’s mind.

If you praise poverty as spirituality, naturally the poor person’s ego is gratified. Hence the poor people in India go on worshipping Gandhi; every town has his statue. The poor man has nothing else to feel gratified about. This idea gives him great contentment, that he has something spiritual in him, his poverty is spiritual.

A farm laborer got a wire from home; it announced that his wife had just given birth to quintuplets. He decided it was time to look for a better-paying job.
“Tell me,” said the employment agent at the firm where he applied, “Do you have any sales ability? Can you type, run a computer or drive a truck?”
Sadly he answered, “No.”
The interviewer asked, “Then what can you do?”
He reached into his pocket, brought out the telegram and said, “Here, read this.”

India’s whole creativity consists in bringing more and more children into the world. There is no reason to be surprised by India’s poverty. Every day thousands are born. Medicine has helped people to live long, medicine has helped people to die later and later. The deathrate has tremendously changed: just thirty years ago, out of ten children born in India nine were going to die before the age of one. Now nine live, only one dies. The deathrate has been changed but the birthrate remains the same.

Now there are only two possibilities: either drop the birthrate or raise the deathrate. There are only two possibilities: either kill people in some way or other…. And that’s what happens again and again — natural calamities kill people, great diseases spread and kill people, wars come and kill people. But they are all lagging behind; they are not able to cope with modern medicine. Unless the birthrate declines there is no possibility for India to see good days. But the Indians are accustomed to having many children. It is very manly, it is thought to be a great blessing from God: the more children you have, the more blessed you are.

These foolish ideas have to be changed, but it is very difficult to change them. Because I am against all these ideas, the Indian masses are against me. They want to be supported… their saints go on saying to them that a child is a gift of God, their saints go on blessing them. Now each child brings a new curse; it is no longer a blessing. The politicians are afraid that if they force birth control on the country then the people won’t vote for them, so they cannot enforce birth control. So they deliver sermons on brahmacharya, celibacy; they themselves are not celibate, and they go on teaching people celibacy. And people love these ideas, these are the ideas they have loved for centuries so they feel very good: this is their culture, their culture is being praised. This is the right way to control population — celibacy.

And how many people are going to do it? That is not the point at all. A cultural idea, praised for centuries, feels very ego-satisfying. Celibacy is not going to work. Birth control will have to be brought in. If people willingly accept it, good. If they don’t accept it willingly, then it has to be forced on them. People cannot be left to destroy the whole country. But if you talk about enforcing birth control they say then you are not a democrat.

You stop people by force in many things: thieves are not allowed to steal — is it non-democratic? Thieves should be allowed, given freedom — democracy means freedom! Murders are not allowed. Now giving birth to so many children is far more of a crime than stealing; in fact it is a far bigger crime than murder.

Things have changed, situations have changed. Now to bring an unnecessary child into the world is far more a crime than killing a person. It is not a question of democracy, it is a question of survival. Democracy is good, but democracy can exist only if the country can survive. The country is dying, starving. Unless birth control is enforced totally, this country cannot be rich.

My attitude is very clear, my approach is absolutely clear, but the country’s old mind is not ready to listen. People come to me and they say, “What you are doing for India’s poverty? Why don’t you run hospitals, and why don’t you distribute free food from the ashram?”

That is not my approach. I want to cut the very root of the problem, I am not interested in pruning the leaves. But people are duped and dulled by the saints, by the leaders, by the moralists.

Karl Marx seems to be right, at least in a certain sense, that religion has been used as an opium to dupe people and dull their intelligence. Real religion is not opium, but real religion is rare. It exists only when there is a living master — otherwise priests go on pretending that they have the keys of religion. They don’t have any keys; all that they do is serve the politicians.

2 thoughts on “Osho on Poverty in India, Why India is so Poor”