Osho on meaning of Life – Why life seems to be meaningless 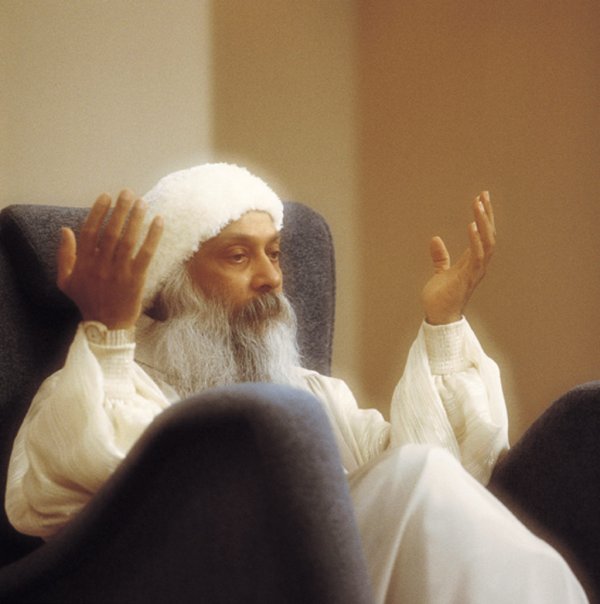 Question – Life seems to be meaningless. Why?

Osho – Life is… unless you give meaning to it. There is no in-built meaning in it; it has to be created. It has to be introduced, it has to be provoked. If you are waiting for some ready-made meaning, you will not get it… and life will seem meaningless.

Man is very afraid of this freedom, because this freedom becomes great responsibilities. You would like somebody to give you meaning so that then you are not responsible. Then meaning is given to you.

YOU want to be on the receiving end, that’s why people go to the churches, to the temples, to the mosques – just to pray ’Give us meaning.’ This prayer is impotent The right prayer is to DO something to create meaning. Existence cooperates, it cooperates with you – whatsoever you are doing, God is always there to cooperate.

Even if you are going against him, he cooperates with you. That’s the meaning of Jesus’ saying that when the clouds shower, they shower on both the just and the unjust, the good and the bad. When the sunrays fall, they fall on all unconditionally – the sinner and the saint; they don’t make any distinction.

If you are simply waiting for some meaning to come into your life, you are waiting like a beggar with a begging-bowl. Then you will never get it. And because you are waiting, you will continuously feel meaninglessness. You have an idea of meaning and you don’t create it, and then you go on comparing your life with that idea and life is always falling short… great anxiety. You are creating both.

First this idea that ’I am only to be on the receiving end’ that ’I am not to be creative’; and second, carrying this great idea that ’Life should be like THIS, only then it is life, only then there is significance’ – and then comparing it with your life. You will not find anywhere that poetry which gives you significance unless you bring it into existence, unless you create it.

Sannyas means a creative approach towards God. Your prayer should not be just impotent. It should show that you really want it to be that way. You should do all that you can do – no stone should be left unturned, only then God’s help arises, comes, descends, transforms. God certainly comes, but only when you have done all that you could do, never before.

And the problem has become very very great – particularly for the modern mind. In the past man has always lived with a ’giver-God’. He was there in the heaven and everything was right on the earth. People have lived very lethargically, uncreatively, just dependent on God – praying, praising him, and thinking that they have done all that they can do – prayer and praise. Now that is no more possible – not after Friedrich Nietzsche. That God is dead.

Let me tell you this small parable from Nietzsche. Have you not heard of the madman who lit a lantern in the bright morning hours, ran to the market place and cried incessantly ’I seek God! I seek God!’ As many of those who do not believe in God were standing around just then, he provoked much laughter.

’Why, did he get lost?’ said one. ’Is he afraid of us? Is he hiding?’ said another. ’Has he lost his way? or gone on voyage? or emigrated?’ said the third. Thus they yelled and laughed. The madman jumped into their midst and pierced them with his glances.

’Whither is God?’ he cried. ’I shall tell you. We have killed him – you and 1. All of us are his murderers. And now we are plunging continuously into nothingness. Do you not feel the breath of empty space? Has it not become colder? Is not night and more night coming on all the while?

Must not lanterns be lit even in the morning? Do we not hear anything of the noise of the gravediggers who are digging a grave for God and burying him? Do we not smell.anything yet of God’s decomposition? Gods too decompose. God is dead. God remains dead. And we have killed him.’

Here the madman fell silent and looked again at his listeners. And they too were silent and stared at him in astonishment. At last he threw his lantern on the ground, and it broke and went out. ’I come too early’ he said to them; ’my time has not come yet. The tremendous event is still on its way, still wandering. It has not yet reached the ears of man.

Lightning and thunder require time, the light of the stars requires time, deeds require time, even after they are done, before they can be seen and heard. This deed is still more distant from them than the most distant stars – and they have done it themselves.’

What Nietzsche’s madman has said :I have come a little too early, maybe my right time has not come. People cannot understand it… That time has come now, after one hundred years. The whole world is full of the smell of the decomposing God. But it always happens. This parable is of infinite significance.

Each age has to create its own God, others’ gods won’t do. They were created by them for their own purposes, for their own ends. They have become irrelevant. They become irrelevant all the time. And whenever one God becomes irrelevant and dies, decomposes and disappears, in the wake comes great emptiness, great meaninglessness; because that God was giving a certain meaning to people, that God was their meaning.

Now he is no more there. Suddenly you are left alone – alone on a dark night, alone on a cold night. God was a kind of warmth; heaven was not far away, it was very close. You could have almost touched his feet any time. God was all the time looking after you. He was always observing you. You were a small child and he was your father or mother. Now that God exists no more. Now it has become very difficult to look at the sky and pray like Jesus did.

Jesus used to call God ’my Father’. His exact word is ABBA, which is far more loving, affectionate, closer – like ’daddy’. ’Father’ is a little cold. He used to call God AHBA. You cannot call, have you tried? Sometimes look at the sky, and just say ’Daddy’ – how foolish it looks.