Osho Why you live like a King, Possibilities after Enlightenment 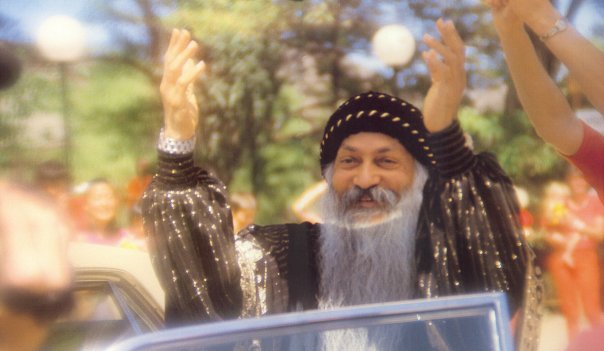 Osho : Why not? I am an old Jew! You know Jews – if you ask them a question, they answer it with another question.

There is a famous story about a king. He had many Jews in his court because they were rich people, but he was very annoyed by their habit. Whenever he asked anything, they would answer it with another question. He became so tired, so irritated that he asked his Grand Vizier, ’What to do about these people? They cannot be thrown out of the court, but they annoy me very much. Whenever I ask something they always answer with another question.’

The Vizier said, ’It will be good if we ask the rabbi. Call the rabbi. He is a wise old man, he will help us and he will be able to explain to us what is the cause of this Jewish habit.’

So the rabbi was called and the king asked the rabbi, ’Why do you Jews always answer a question with another question?’ And the rabbi said, ’Why not?’
You ask me, ’Why do you live like a king?’

The third possibility was followed by Mahavir and the Buddha: they were born as kings; when they became enlightened they remained beggars.

Then, I thought, for a change… I was born as a beggar; I decided to live as a king. That is the fourth possibility and there is no other, so I am finishing the last. Somebody had to do it, otherwise history would remain incomplete.

One Zen Master was dying. Just before he breathed his last he opened his eyes and asked his disciples, ’Please help me to find an alternative way to die.’
They asked, ’What kind of question is this?’

They said, ’It is very rare, but we have heard one story that once a Master died standing.’ Then he said, ’Then no other alternative is left. I will die standing on my head.’
And he died – standing on his head. Somebody has to fulfil it. All alternatives have to be tried.