Osho – You are functioning out of memories, out of the past 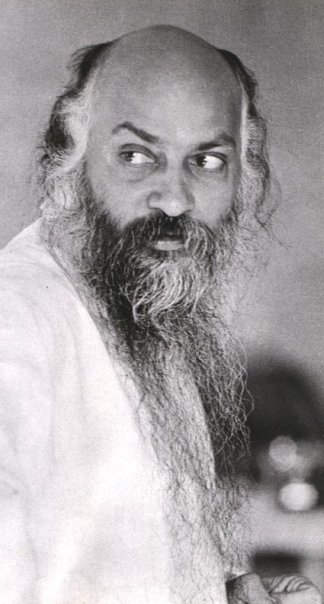 Osho – Try to see that whatsoever action is there, it is not arising out of you but rather arising out of the chain of actions you have done in the past. Try to understand this distinction clearly. Whenever you do something – if somebody insults you, you think that the reaction is arising from you. That is wrong. It is arising not from you but from the chain of your mind which has come from the past. You have been trained in the past that this is an insulting word.

I will tell you one anecdote. Kahlil Gibran writes somewhere that one man came to Lebanon. He was not a Lebanese, he didn’t know the language of the country; he was totally a stranger. The moment he entered Lebanon he saw a very big palatial building, many people coming in and out, so he also entered to see what was going on there. It was a big hotel, but he thought, ”It seems the king has given a party – so many distinguished guests coming out, going in, and everybody is being served.” And, as the human mind works, he thought, ”It may be that because I have come to Lebanon, just for my reception, in my honor, the king is doing something.”

The moment he entered he was received by the manager, he was placed at a table and food was served. He enjoyed it and he was very happy, he had never been so happy in his life. And then when he had finished his food, drink, and everything, he started thanking them. But they could not understand his language and he could not understand their language. They were placing a bill before him – it was a hotel – but he couldn’t understand. He thought, ”They are giving in writing, ’It was so good of you to accept the invitation. You have honored us.’” So he took the bill, put it in his pocket, and thanked them again.

Then the manager became disturbed: either he was insane, because he was talking in such strange sounds they couldn’t understand, or he was a rascal just trying to deceive. So he was brought to the owner of the hotel. The man thought, ”Now they are bringing me to the chief minister or the prime minister of the country.” He again started thanking them. It was no use, so he was brought to the court.

When he entered the palatial building of the court, bigger than the hotel, he thought, ”Now this is the palace of the king, and he himself is going to receive me in person.” Again he started bowing down and thanking, and the magistrate thought, ”This man is either mad or a perfect rascal,” so he punished him. And it was the punishment of that country in such cases that the man should be forced to sit on a donkey backwards, and a plaque should be hung around his neck on which it was written: ”This man has committed the crime of deception, and everybody should be aware.”

He was painted black, and he enjoyed it very much because he thought, ”A strange country, with strange manners, but they are paying every attention to me.” Naked he was placed on a donkey, a plaque was hung around his neck. He enjoyed it. Then the donkey started moving all over town just to make the whole town aware that this man was a criminal. And a crowd, children and many cripples followed, and he enjoyed. He thought, ”These people are just following in my honor.”

The children were enjoying it and he was also very happy and joyful, but only one sadness was in his heart: ”Nobody knows what is happening to me in my country. I wish they could become aware of how I have been received. And they will not believe me when I go back, they will say that I am just inventing stories.”

Then suddenly he saw a man in the crowd who belonged to his country. He was very happy and he said, ”Look how beautifully they have received me! This is not only in my honor, but my country is honored.” But the other man who knew the language of this country, Lebanon, simply disappeared in the crowd, hiding his face, because he knew what was happening. This was not an honor. And the man on the donkey thought, ”Jealousy, nothing else. This man is jealous. They have honored me and they have not honored him.”

When you get angry just look: from where is that anger coming? from you or just from your past memories? You have been insulted before, you have been angry before – that memory is there waiting, that memory works like a wound. Again something happens and that memory starts functioning, that memory creates the same reaction again. If you watch and observe for twenty-four hours you will see that you are just a mechanical robot, you are functioning out of memories, out of the past. The past is dead, and the dead is so weighty on you that your life is crushed under it. Look at the chain.