Osho – You are that which will always exist 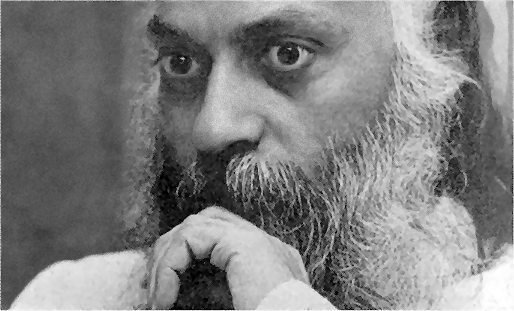 The body is not yours. Soon it will not be yours. Where were you when your body was not there? Where were you before your birth, what face had you then? And after the death, where will you be and what will your face be? Will you be a man or a woman? Consciousness is neither. If you think that I am a man, this is lack of awareness. Consciousness? How can consciousness be divided into sex? — it has no sex organs. If you think you are a child or a young man or an old man, you are again lacking in awareness. How can you be old, how can you be young? Consciousness is neither. It is eternal, it is the same: it is not born, it doesn’t die and it remains — it is life itself.

Or, take the mind — that is the second, deeper layer. And it is more subtle and nearer to consciousness. You take your mind to be yourself. You go on saying: ‘I, I, I.’ If somebody contradicts your idea you say, ‘This is my idea,’ and you fight for it. Nobody debates for truth; people discuss and debate and fight for their ‘I’. ‘My idea means me. How dare you contradict? I will prove that I am right!’

Nobody is bothered about truth. Who bothers? — it is a question of who is right, not a question of what is right. But then people are identified, and not only ordinary people, even people who are religious.

A man renounces the family, the children, the market-place, the world, and goes to the Himalayas. You ask him, ‘Are you a Hindu?’ and he says, ‘Yes.’ What is this Hinduism? Is consciousness Hindu, Mohammedan, Christian? It is the mind. Lack of awareness is if you get identified with the non self and think it is the self.

Source: Osho Book “Yoga: The Alpha and the Omega, Vol 4”