Osho – You can deny God, but God never denies you 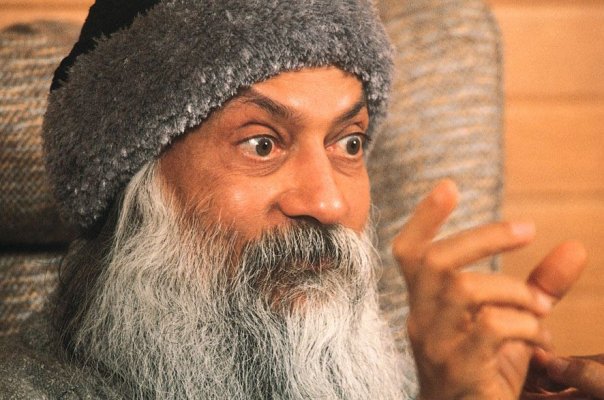 Osho – There is an ancient Sufi parable: A man gave to a Sufi mystic a present, a golden bowl with a beautiful fish in it. The Sufi looked at the bowl and the fish and felt very sorry for the fish, because the bowl is an imprisonment.

He went to the lake and he was tremendously happy in liberating the fish. He threw the fish into the lake. He was happy that at least now the fish can have the whole lake, the great freedom, the space that really belongs to her. A golden bowl — although it is golden it is a confinement. Then he thought, what will he do with this bowl? So he threw the bowl also into the lake.

The next morning he went to see how the fish was. He was surprised: the fish was in the bowl and the bowl was in the lake. What had happened to the fish? She had again chosen the bowl. Now the bowl is in the lake, but the fish is not in the lake; the fish has entered into the bowl again. She has lived so long in it, it is her home. The mystic thinks it is a prison, but not the fish; she may have been afraid of the freedom.

People become very afraid of freedom, more afraid than of anything else. You will be surprised to know that people talk about freedom, but when freedom is really given to them they become afraid, frightened, scared, because freedom is vast, unmanageable, uncontrollable. You cannot dominate it. Slavery is small, it is smaller than you. You feel good with it — you seem to be big compared to your slavery.

But compared to your freedom you are nobody, a nonentity, a nothingness. And who wants to be a nothingness? Everybody wants to be somebody; even though one has to live in a prison, one is ready…. If you can be made the head of the prisoners — a president, a prime minister, or something like that — you would like, you would love to live in the prison rather than be free and nobody.

Lies are good for the ego. In fact, the ego is the greatest lie; it feeds on other lies. Although truth has a way of coming up again and again… howsoever repressed, it surfaces, because it is truth; you can repress it only for the time being. And to repress truth you will have to be constantly on guard. Of course you will get tired, you will need a little rest, and whenever you are resting the truth surfaces. The truth comes in your life again and again; you can go on denying it, but it never denies you. You can deny God, but God never denies you.

One thought on “Osho – You can deny God, but God never denies you”