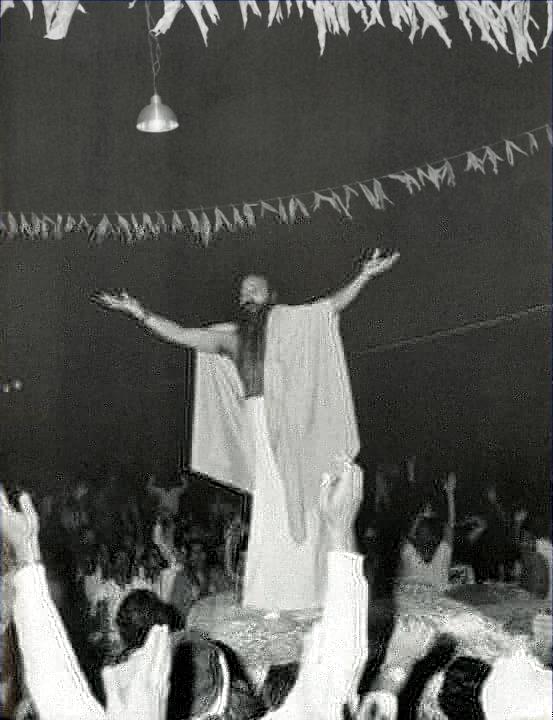 Truth is a stranger.
It comes without giving any intimation that it is coming.
It comes when you are not expecting, not waiting.

A nun is carrying water, and the bamboo breaks, and the earthen pot falls on the ground, and the water flows… and suddenly she is awakened. What happened? For forty, fifty years she was meditating and it never knocked — because meditation means you are expecting, you are watching for something that is going to happen. Your mind is there, working — very subtly, very, very subtly; you may not even be able to detect where it is. You may think that now everything is silent, no thought, but this is also a thought. You feel absolute silence, but even this feeling that now there is absolute silence, now soon the door is going to open — this is a thought. When you become absolutely silent, even this thought is not there, that “I am silent,” but that means you must not be meditating. And this is the paradox: meditate as much as you can to bring a moment of a nonmeditative meditation.

That happened to that nun. Carrying water, she was not worried about God; the bamboo was old, and she was worried about the bamboo. She was holding it this way and that, worried that it may break any moment. And the pot was earthen, and it would break! She was not at all at the door, and the door was open because she had meditated for forty years. So the door was open and she was not there at all… suddenly the bamboo breaks, the pot falls, breaks, and the water flows. It is a shock! For a moment even this worry dissolves. Now whatsoever was to happen has happened. Now she is in a nonmeditative moment — and God is there. And it happened.

It has been happening that way always — in such moments one never expected. When you expect, you miss, because you are there in your expectation. When you don’t expect, it happens, because you are not there, nobody is there. When your house is totally empty, so empty that you are not even aware that “I am empty” — because that much will be enough disturbance, when even emptiness is thrown, he comes.