Skip to content
Osho on Consciousness Osho on Master - Disciple 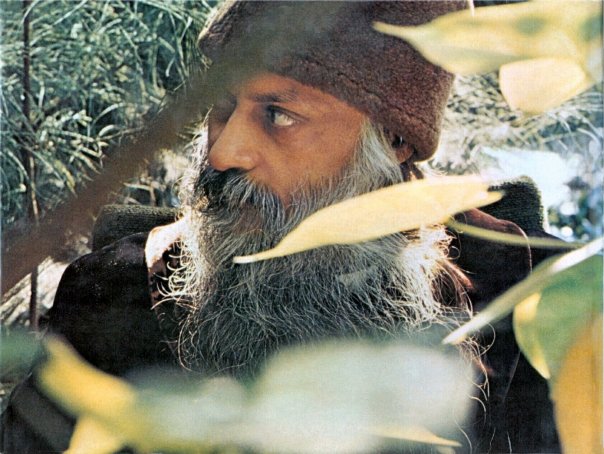 Question – Beloved Osho, On one occasion, Joshu said to his monks: I have single-heartedly practiced zazen in the southern province for thirty years.

Osho – He is referring to those thirty years with his master, Nansen. He is saying, ”I have singleheartedly practiced zazen for thirty years continuously, without ever bothering about how far away enlightenment is.” Is it going to happen or not? Is it a truth or just a mirage? Is it something real or only a fiction created by dreamers? Without any doubt, how can one sustain for thirty years the same routine around the clock – walking, sitting, sleeping?

The whole heart is devoted to one thing: how to become more conscious, how to become a witness, how to remain a witness whatever happens. It is possible only if you have come in contact with a master, exceptions not included. The master is an example that the dream can be fulfilled. That it is not a dream, it is a reality – it is just that we have not tried in the right way. Joshu could continue for thirty years just because he saw Nansen. The very presence of Nansen filled him with a great explosion of joy. ”It is possible! If it is possible for Nansen, it is possible for me.”

Nansen had asked him, ”Do you have a master or not?” and he did not reply to exactly the question that was asked. He said, ”I am with the master.” He said, ”My master is in front of me,” indicating Nansen, who was lying down meditating. And he addressed Nansen as ”Tathagata.”

Tathagata is the most lovely word used for Gautam Buddha. Just out of respect, the disciples don’t use the name Gautam Buddha, they use the word ”Tathagata.” And tathagata is very meaningful. It comes from tathata. Tathata means thisness, just here and now – a man who always remains here and now, never wavering towards past or future, is a tathagata. He neither goes anywhere nor comes back, he simply remains here. Time passes by, clouds pass by, but nothing touches him. His being here is from eternity to eternity. That is the most cherished word the followers of Buddha used to address him.

Joshu said to Nansen, ”Tathagata, I am with my master.” And in that moment something happened – just in silence. Nothing was said, nothing was heard, but something transpired, something was transferred. In Zen they call it ”transmission of the lamp.” And Nansen never asked him to be initiated; neither did Joshu ask to be initiated. The initiation had happened without any ceremony and without anybody ever knowing it. The moment he called him ”Tathagata”… that moment was very precious.
”I am with my master.”

Nansen accepted him, without saying anything. He simply called the head monk of the monastery and told him, ”Take care of this new fellow. He is going to become ripe very soon. If he can recognize me as tathagata, he has already moved half the way. It won’t take long for him to recognize himself as tathagata. He has the right vision, the right direction… just a question of a little time.”

But that ”little time” took thirty years. Those days of patience are gone. Now you need quick things, the quicker the better. Because of this strange idea of quickness all things that grow very slowly and very silently have disappeared. Consciousness is one of those things which you cannot grow quickly. Thirty years sitting in zazen, Joshu became enlightened. What Nansen said was, ”He will take just a little time.” In the eyes of Nansen, thirty years are just a little time compared to the eternity of existence on both sides. What is thirty years? Nothing, not even a little time.