Osho on Religion , Religion is Transformation 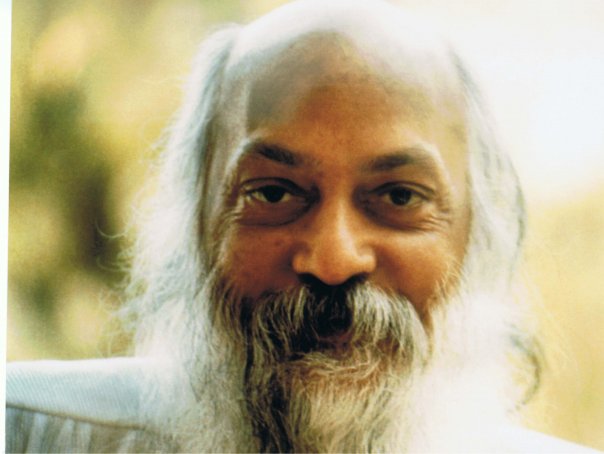 Growth implies the old has remained – not only that it has not gone: it has become i proved. It is more sophisticated now, more cultured, more decorated, more valuable. Religion is not a renovation. It is a death! and a rebirth. Ibrahim was a great king. Religion came to him as a death and a rebirth. One night, he was just tossing and turning in his bed – as rich people, kings, are bound to. Sleep was far away.

Sleep is a prerogative of the poor, the privilege of the poor. Only The poor can afford sleep. They have nothing to worry ah out, that’s why. Ibrahim was a great king. A thousand and one worries were always waiting. He had been suffering from sleeplessness for years. Physicians had been of no help. Suddenly he heard somebody walking on the roof of the palace. Naturally, he became afraid. Kings are very frightened people.

When you have, you have to be afraid – the fear of losing it. Those who don’t have may be fearless; but those who have, how can they be fearless? He became afraid… maybe some enemy, some spy. He shouted loudly, ’Who is there?’ And the man laughed, and the laughter was either of a madman or of a Buddha.

He said, ”Who are you there? and why are you laughing? Answer the question: who are you there and what are you doing there?”
And the strange man said, ”Don’t be worried. I have lost my camel and I am looking for it.”
Now, camels are not lost on the roofs of palaces. How can they reach there? ”The man must be mad, utterly mad.”

Ibrahim called the guards, told them to catch hold of this man, but they could not get him. They tried hard, but he was not found anywhere. He simply disappeared. As suddenly as he had appeared, he suddenly disappeared. The king could not sleep. His other worries were there, now this new worry was there: ”Who is this man? And what did he want? And why did he laugh? And his answer is a puzzle.”

The next day, when he was sitting in his court on his throne, he was still thinking of the strange laughter. It was such a laughter that you could not forget easily. It had that ring of mysteriousness around it. It had penetrated deep down into the very heart of Ibrahim. He had even felt many times jealous – he was not capable of that kind of laughter, that wild, spontaneous laughter. And was the man joking?

And then suddenly he heard the same voice at the gate. A man was quarreling with the gate guard, and the voice was exactly the same. And the man was saying, in a very authoritative way, ”I want to stay in this house – this is a serai!” And the guard was trying to convince him: ”This is not a serai – this is the palace of the king, his personal residence!”

But the man persisted, and so loudly that even the king could hear what was going on. And the man was saying, ”This IS a serai. And don’t try to be fool me!”
The king asked the guard, ”Bring the man in. Maybe he is the man who was searching for his camel in the night on the roof. Now he is calling my palace, my personal residence, a serai – a free house for people to stay in. Bring him in.”

The man was brought in. Not only did his voice have the ring of authority, not only was his laughter that of a madman or of a Buddha – his very presence was radiant, luminous. His eyes were aflame with something unknown. He was no ordinary man. The way he walked in, Ibrahim felt, ”He looks more like an emperor than I do – his grace, his elegance.”

And he was a beggar! His clothes were just in tatters, but behind those clothes was a radiant being. Something divine! Something very rare that only happens once in a while. The king felt great awe. He stuttered. He said, ”Why? What are you saying to my guard? And how can you say that this is a serai. This is not! This is my personal house. Are you mad or something?”

And the man laughed again, the same laughter, and he said, ”What nonsense are you talking about? This is a serai – because once I had come before too and on this throne, the same throne, I had found somebody else. And he was also saying that this is HIS personal residence. Where is that man?”

Ibrahim said, ”You must be mad – he was my father. Now he is dead. I have inherited his kingdom and his palace.”
And the man said, ”But I had come once more also, even before that, and there was another man, and he had also claimed that this is his personal house. I have been coming many times, and I always find a NEW man claiming.”

Ibrahim said, ”That was my grandfather.” But now Ibrahim could feel the truth of the man’s statement, what he was trying to show.
And the man laughed again and he said, ”Still you say this is your personal house, your personal residence? People go on changing… one day I came, I found A; another day I came, I found B; today I have come, I have found C. And tomorrow, I say to you, I will come and you will NOW be here! That’s why I say this is a serai.”

The truth was so dear and so loud. It was not only a question of Ibrahim’s being convinced ideologically, philosophically, no – existentially he was converted. He fell at the feet of that beggar and said, ”You stay in the serai – I am going. I have renounced it all. Once I have understood that this is a serai, then what am I doing here? Then I have to search for my home. So I go on my search and you can stay here. And I am grateful to you.”

All calculated steps are cunning. And you cannot reach God by your cunningness. Calculation is arithmetic, logic, but it is not love. And the door to God is not logic but love. Calculation is of the mind, and the mind is the barrier. You are disconnected from God by your mind. You cannot be connected through it. One has to drop it.

And one has to drop it suddenly, not gradually. When you drop it gradually, you are simply saying that you are not yet existentially convinced. When you come across a snake on the path, you don’t gradually move away – you simply jump!

It is an existential question. You don’t philosophically meditate over it, whether jumping is right or not: ”How to jump? Whom to consult? What scriptures to follow? What maps will be helpful?”

No – you simply jump! You don’t give a single moment’s time for the mind to function. Action comes spontaneously and totally. And when action is total, it is revolutionary. And when action is spontaneous, it is religious – then it is revolution, then it is a radical change of vision. When your house is on fire, you simply run out of it! You don’t ponder over the matter about the pros and cons. You don’t take calculated steps.

You forget all formalities, etiquette. You may be taking a bath, you may be naked, and if the house is on fire, you simply run out of the house naked. You completely forget that this is not right. You don’t have time. Mind needs time. Spontaneity is timeless. Religion is a timeless transformation. This is the first thing to understand: that religion is not a change of outlook, but a change in insight.

It is seeing the world in a totally new way, an utterly new way. It is rebirth. It is not a change of your philosophy; your stupid philosophies have no meaning. Religion is not philosophical at all. Religion is absolutely non-philosophical. It does not think about truth: it lives it.