Osho on Youth and Education system, Our education destroys our genius 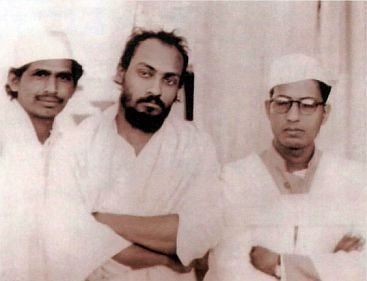 Osho – I am pleased at the prospect of speaking to the youth and the students. The first thing about the youth that comes to my mind is what today I would like to say to you in detail. For the old the past exists; that is already gone, and their whole world is behind them. Children imagine about and desire for the future; old people think and worry about the past.

For the youth, there is neither past nor future; for them there is only the present. If you are young, you can really be so only through your ability to live in the present. If in your mind there are thoughts about the past, you have begun to grow old. If imagination about the future still goes on in your mind, you are still a child.

Youth is a balancing midpoint, when the mind is in a state where there is no past and no future. When we rightly live in the present, the mind is young, fresh and alive. The truth is that nothing else exists except the present. The past and the future do not exist. Only the present moment exists.

One does not necessarily pass through youthfulness. However, the interesting thing is that one who really becomes youthful does not become old, because one who knows the secret of being a youth does not need to become old. The body will become old, it will age and pass away, but the mind will remain constantly young and sharp.

So the first thing I would say to you is not to think of yourself as young just because your age is between that of a child and of old people. Just because of your age you do not become a youth. Being a youth is a very deep happening. I shall tell you a few things in that connection.

I am told you are students. That too I don’t see, because if there were students in the world, there would be a lot of knowledge; students go on increasing but not knowledge.

Flowers go on blossoming, but there is also an increasing stink, instead of any fragrance. We would have to ask then, ”How are these flowers and plants grown that the stink is increasing?” Universities are increasing and books are increasing. I am told there are five thousand books published every week in the world.

Books and students go on increasing in quantity, education is increasing, but the world is becoming worse. In this world if wars are becoming more violent, hatred is becoming more widespread, jealousy and envy are on the increase, there must be something basically wrong. For this situation the responsibility really rests on those who are connected with education – the teacher and the students.

It is not possible, because education creates a structure of your mind from which it becomes almost impossible for you to be free. A student is studying for fifteen to twenty years, during which time the structure of his mind will be fixed. Afterwards it is very difficult to be free from that structure unless a person is adventurous and courageous.

Is there something wrong with that structure which is educating us? Certainly it must be wrong, because the outcome is wrong – and it is the outcome which decides if something is right or wrong. The children who come out duly educated, also come out as perverted human beings. I do not mean to tell you that the ancient form of education was better and that we should return to that. All that is nonsense; in life there is nothing like going back.

In the past also the educational system was not basically right. If it had been, the present wrong system would not have come out of it. It was wrong in the past, it is wrong now. Wrong only comes out of wrong. I will tell you what actually has gone wrong. The center around which our education is moving is wrong. The whole problem has arisen due to the wrong center – which is ambition.

Our whole educational system is revolving around ambition. What is being taught to us? We are taught ambition. We are taught a race to get ahead of everyone. Even in a small child learning in kindergarten we are creating an anxiety about coming first in the class. There is no greater anxiety than this in the world. The only anxiety is how to get ahead of all,
leaving everyone else behind.

You can run faster, you can use bad language faster, you can do things which ordinarily you would not be able to do. In fever there is a kind of intensity and speed. The whole educational system is based on this fever of getting ahead of everyone. The ego of the children is aroused; they become eager to come first. They work hard, with all their strength. But for what? Only because there is competition to come first.

A sort of mad race for being something or the other takes hold of them for their whole life. In this mad race the whole peace, energy and capability in their lives gets destroyed. What do they achieve in the end? In the end, they reach nowhere. Wherever they reach, they will find someone ahead of them. And as long as there is someone ahead, they will have no peace.

They will remain in the race throughout their life and will waste it. Our whole education is based on jealousy and envy. We go on saying to people, ”Do not be envious, violent and jealous,” but our whole education is rooted in jealousy. We point to one child and say to the other, ”See how intelligent he is, and how dull you are. Be like him!”

Thus we are creating envy and jealousy. What are we creating in the mind of this child? We are pouring the poison of envy into him. We do not love this child. This poison will flow through his veins, through his mind, for his whole life. The child will always want to be ahead of everyone – and the joke of it all is that no body ever has been ahead of all, and there is no joy in being ahead. What has joy to do with being ahead of somebody?

What relation can peace have to being ahead of somebody? No, this is a fundamentally wrong teaching. This ambition, and the educational system revolving round that center of ambition, is wrong. If we want to create a new world we will have to change this center and create some new center. What can the new center be? I would like to tell you that competition cannot be and should not be the center of education
.
The center of education should be love. What do I mean by love? If we want to learn music – and we are so many sitting here – and if in our effort to learn music we try not to allow anybody to get ahead of us in music… can we learn music in such haste and fever? If we fall into that race to remain ahead so that nobody insults or disgraces us, so that nobody proves that we are unsuccessful and we are nobody, can we learn music?

Will this be love of music or love of ego? If it is love of ego, then music cannot be learned. Can we learn music while loving the ego? For learning, humility is required. Our educational system teaches ego, not humility. Teachers are all displeased and complaining that there is no humility in the students. How can the teachers expect humility? When we teach students to be ahead of everyone, we are teaching them ego.

How can there be humility in them? It is a fallacy to expect that. When they stand ahead of others, their humility is destroyed and they are full of ego. Those suffering from ego cannot learn music, cannot learn anything. To learn anything, humility is required. To learn, egolessness is required. But we are not encouraging egolessness. We are, as it were, firing their ego by telling them, ”You have to come first and secure a gold medal in university.

It is better that we create love for music, rather than competition with others who are learning music. Music can be learned because of the love for music. Everything can be learned when we love that thing; then only is it possible to learn. But we are not taught what love is. Our education has nothing to do with love.

No love for poetry was really created. Therefore, in fact, it happens that our education destroys our genius. Emerson once said something in honoring the first young graduate of his town – he was asked to say a few words in praise of that graduate. Emerson said, ”Well, let me first understand and evaluate that young man. After that I can say something.” After a month he attended a gathering to honor that young boy.

Emerson told the gathering, ”I have liked this young man, I am all praise for him. But why do I say so? I say so because in spite of his having a university education, he has been able to preserve his genius. I praise him for that.”

3 thoughts on “Osho on Youth and Education system, Our education destroys our genius”