Osho – Love is not a duty. In love, work becomes worship. 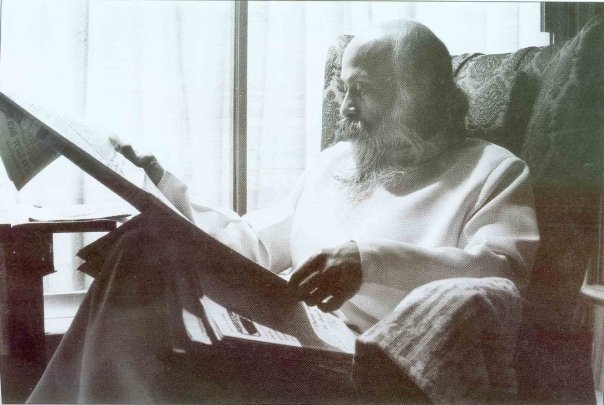 Question – You said, “we are not doing anything here,” But those of us who live and work here in the ashram are continuously occupied with’doing’. In fact the more we do, the more we are praised; and anyone who does not, or does less, is scolded. please explain.

If you love me, then you will also not think that you are doing very much. In fact you will not think that you are doing anything. Love is not a duty. In love, work becomes worship. You work in the ashram. The whole quality of the work, and your attitude, will be different if you love me. If you don’t love me, of course it is work. Then your mind will hanker for praise. Then in many ways you will try to avoid the work — as many of you are doing! You go on finding ways and means: how to avoid it, how not to do it.

I never avoid, because I love you. The more I can do. the better I feel. But you avoid — as if work is something that you are dragging: a burden. If work is a burden, only then it looks like work. If work comes out of love, it becomes worship. Then there is no need for any other meditation. It is enough. The work itself becomes the meditation. You are so deeply in it that the mind stops.

But creativity is work, with love. A painter paints. He is not working; he is loving. He is completely absorbed in it — the doer is not there. A singer sings or a dancer dances. If the dancer is just a professional then it is work. Then he will be tired. But if a dancer really loves dancing, then the more he moves into it, the more energy he gets to move further on.

It is said about Nijinsky — one of the greatest dancers that has ever walked on earth — that even scientists were surprised: they couldn’t believe his jumping. When he would dance he would take jumps that were so big they were against gravitation. They were not possible: one cannot jump that much. And the way he would jump — so gracefully! And when he would be coming down he would come like a dove — so slowly, as if gravitation was not functioning. Many times Nijinsky was asked, “What is the secret?”

That is the difference between Moses and Jesus. Moses brings the law of gravitation into the world — all those Ten Commandments are laws, just like gravitation — and Jesus brings the law of grace, which is not a law at all. When you love deeply, you function in a totally different dimension. If you loved me, this question would not have arisen. You would not think of it as work.

Watch a mother — how much she does for the child. But if you ask her, she will say, “I have not been doing anything. In fact many more things were needed to be done and I have not done them. I always feel that my child has not received as much care as was needed.” Then go to the secretary of a club or an institute and ask him. He will give you a long list of everything that he has been doing there. Even things which he has not done will be included in the list! He is a doer; a mother is a lover.

I was reading the biography of a Hindu sannyasin who lived in South Africa. He came to the Himalayas on a pilgrimage. He was going uphill and it was hot. He was perspiring and gasping for breath; the journey was hard. Just in front of him was a girl, not more than ten years of age, carrying a very heavy, fat child on her shoulders. She was perspiring. The sannyasin spoke to the girl and said, “My daughter, the child seems to be very heavy.”