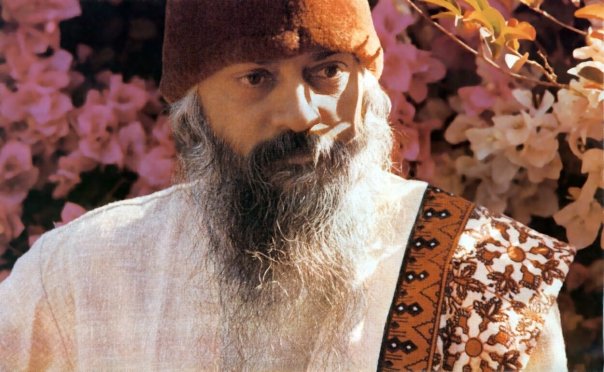 Osho – Acceptance is one of the most beautiful words. Buddhists, the followers of Buddha, have a term for it which is even deeper than the English word ‘acceptance’; it is tathata. tathata means saying ‘yes’ so totally that in your being there is no division. You become one in your yes. You say ‘yes’ so totally that there exists no ‘no’ inside you, no denial.

There is an inner politics. Acceptance, total acceptance, tathata, means without any political decision — total. There is nobody who says ‘no’ within you, not even a fragment, because even a fragment can be destructive. And even if part of you says ‘no’ you cannot receive the true teaching.

People come to me. They say: We surrender, and they don’t do what they are saying. If I say to them: Okay, change your dress to ochre, they say: It is difficult, I am not ready for it. Just the dress, and you are not ready to change it — and you are thinking of changing your soul, your being! And just a moment before the person was saying: I surrender to you. He does not know what surrender means; he does not know what he is saying, he is fast asleep. In his sleep he may have used the word ‘surrender’, but the moment I say: Change something, your dress, your name, he says: It is difficult, I love my name. Let my name remain the same. My name is beautiful, don’t change it. Even the name, which is nothing but a word — and you don’t come with a name when you are born, you come without a name, a nameless being; this is just a label attached to you — and you cannot even change the label. You are not ready for any change at all.

People ask me: Why do you change people’s name and dress? That is just the beginning. That’s how I start taking hold of you. That’s how I feel whether you are ready to change anything or not.

God is available, Truth is available, Light is available, but you are such a miser in receiving. You are not only a miser in giving, you are a miser in receiving also. A miser has to be a miser whatsoever he does. You cannot give; you cannot receive. What type of life have you got? Giving and receiving are two aspects of the same coin. If you can give, you can also receive. Hence, so much insistence on giving — giving to people whatsoever you can give — giving in love. There is so much insistence from all the religions to give; give more and more. Why? — so that you can become capable of receiving more and more.

Remember, it is just like inhalation and exhalation. If you exhale deeply, automatically you will inhale deeply. If you want to inhale deeply, you will have to exhale deeply — there is no other way. And life is a balance between exhalation and inhalation. If you are afraid of exhalation your breathing will become shallow. Then your inhalation cannot be very deep. it is impossible. Exhalation is giving, giving whatsoever you can give. And the more you give, the more you become capable of receiving. And when you give completely, utterly, totally, that is the moment of acceptance.