Osho on Compromise – I am absolutely against compromise. Death is far more beautiful than a life of compromise. 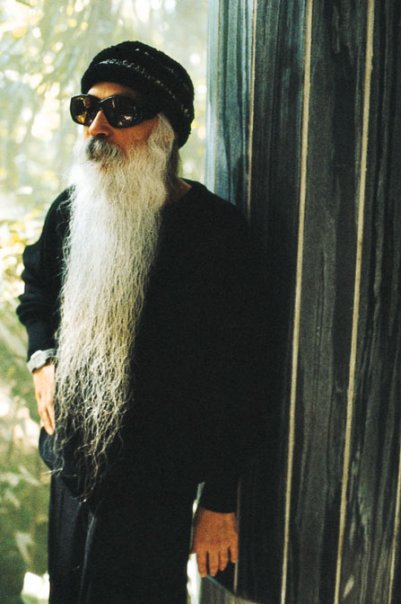 Question – Beloved Osho, Why do I always Compromise?

There is an ancient story in Egypt. Two women came to the court of the king with a small child. They contended — both of them — that, “The child belongs to me, he is my child.” And each woman was persistent — “The child is mine.”
The king had to decide, and it was very difficult — how to decide? The husbands of both women had died in war, in the service of the king.
Finally he asked his master, an old wise man. The master came and he said, “It is very simple. Bring the child.”

The child was brought to the master, who asked the king to cut him in two, and give half to each woman. “What is the problem? They both say the child is theirs. There being no other evidence, no witness, justice demands that the child should be divided into two.”
The king was shocked. He said, “What are you saying?”
But before the king could say anything more, the master drew the king’s sword out of its sheath. And one woman ran forward and said, “No! Give the child to the other; he is not mine.”

The master gave the child to the woman who had run forward and said he was not hers. The king said, “What is happening? I don’t understand. The woman is saying the child is not hers.”
The master said, “Only the mother couldn’t stand to see the child cut in two. The other woman is withstanding it perfectly well, without any difficulty — if the child is cut in two, it is cut, there is no harm, it is not her child. She is ready to compromise, even if half a dead child is given to her. But the other woman is not ready to compromise — either the whole child or no child.”

When you have a truth, you are almost like a mother — you have given birth to an experience. Either you would like to have it total, or you would not like to have it at all. But you cannot be ready to cut it in two, because any living experience cut in two becomes dead. All compromises are dead.

Nobody in the whole history of man who has known anything about truth has ever compromised. Rather, he has been ready to die for it. It happened with al-Hillaj Mansoor. His master Junnaid loved him very much — he was a man worthy to be loved — and he tried to persuade him for years, “In your room you can shout Ana’l hag — `I am God’ — but don’t do that in the streets. You know that the people are fanatic, I also know the fact.”

But al-Hillaj said, “You only know the fact. I have experienced it. You have compromised with the society, you are a respected teacher. I don’t want any respectability, but I will not hide my truth. Truth is like fire, you cannot hide it. I have to shout it from the housetops.”

And in a Mohammedan country — where fanaticism is the rule, not the exception — he was immediately caught, and brought before the caliph because “This is against our religion; there is only one God, and he is in the heavens. You are just a mortal being. Even Mohammed has not said, `I am God.’ He simply says, `I am the messenger of God.’ And you are saying that you are God. Are you mad? Either stop it, or death is the only punishment for it.”

Al-Hillaj said, “Death is accepted, but I cannot compromise on this point. It is my experience, I am god. And I say you are also god — but your god is asleep and my god is awake.”

Junnaid again came into the jail to persuade him, “This is foolish. You are such a beautiful young man, with a great future. You can become a great teacher. I know that what you are saying is right, but can’t you compromise?”

Al-Hillaj said, “With all honor I want to say to you, you don’t know. That’s why you have compromised. You have heard — I have seen. You have read — I have been. Death does not matter, but compromise is simply out of the question.”

And the day he was crucified, thousands of people came to throw stones, to condemn him. Junnaid also came; he loved him, he was his student, and he knew that he had immense possibilities of growth. And he had understood perfectly well that he himself was only knowledgeable, and al-Hillaj had experienced.

Al-Hillaj was smiling when stones were showering on him, hurting him, and blood was flowing all over the body. But when the roseflower of Junnaid hit him, he started crying. Tears came to his eyes.

Somebody asked, “What happened? So many stones and you continued to smile, and somebody has thrown a roseflower and tears have come to your eyes.”
al-Hillaj said, “Yes, because the people who are throwing stones don’t know me. And the person who has thrown the roseflower knows me, knows my truth. But he is a coward, and I am ashamed that I have been a student of this man. Stones don’t matter. But this roseflower has hit me hard.”

Compromise simply means you are on uncertain ground. Rather than compromising, find grounding, roots, individuality. Find a sincerity of feeling, the support of your heart. Then whatever the consequence, it does not matter. The man who knows, knows perfectly well that no harm is possible. You can kill him, but you cannot harm him.

And the man who does not know is always trembling, always worried. In that worrying and trembling, that anguish, he goes on compromising with everybody — just to be safe, not to be harmed. But what are you trying to save? You don’t have anything to save. Those who have something to save don’t compromise.

A man like Socrates is given an opportunity by the judges, that if he leaves Athens… he can live outside of Athens and in this way he can avoid the death penalty. Anybody would suggest that “This is a simple compromise, you can just live outside the boundary lines of Athens” — because in those days in Greece there were only city-states; every city was a state. Just outside the boundary you were outside the state. He could have lived almost in the suburbs.

But men like Socrates are impossible. He said, “I would rather die than escape. And anyway, I am old. How long I am going to live? And if the most cultured city of these days cannot tolerate me, who is going to tolerate me? It is better to die in Athens than anywhere else — at least I have the consolation that I am being killed by the most cultured people.”

The judges said, “We have another suggestion: you can live in Athens, but stop talking about truth.”

Socrates says, “You are asking me to do the impossible. I will speak about truth and truth alone until my last breath. Do you want me to start speaking lies? Do you want me not to speak at all? — that too is a lie, because I know the truth and I am not speaking it, and the lie is spreading in people’s minds. No, I will be here, and I will speak the truth. It is up to you — you can kill me. But no compromise on any ground.”

Try to find your individuality, your integrity, and make the effort of not compromising. Because the more you compromise, the less you are an individual. You are only a cog in the wheel, just a part in the vast mechanism, just a small part of the mob — not an individual in your own beauty, in your own right. I am absolutely against compromise. Death is far more beautiful than a life of compromise.

Source – from Osho Book “Beyond Enlightenment”

One thought on “Osho on Compromise – I am absolutely against compromise. Death is far more beautiful than a life of compromise.”