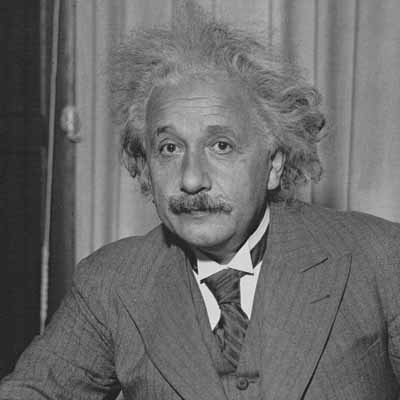 Osho : The East has created great geniuses, but we are still living in the bullock cart age because our geniuses simply meditated. Their meditation never came into action. If they had meditated for a few hours and used their silence and peace and meditativeness for scientific research, this country would have been the richest in the world – outer and inner, both. The same is true about the West: they created great geniuses, but they were all involved with things, objects. They forgot themselves completely. Once in a while a genius remembered, but it was too late.

Albert Einstein, at the time of death, said his last words – and remember, the last words are the most important a person has ever spoken in his life, because they are a conclusion, the essential experience. His last words were, “If there is another life, I would like to be a plumber. I don’t want to be a physicist. I want to be something very simple – a plumber.”

A tired brain, a burned brain… and what was his achievement? – Hiroshima and Nagasaki. This man was capable of becoming a Gautam Buddha. If he had looked inwards, he had such an insight that perhaps he would have gone deeper than any Gautam Buddha, because he looked towards the stars and went further than any astronomer has ever done. It is the same power; it is only a question of direction.

But why get fixed? Why not keep yourself available to both dimensions? What is the need of getting fixed? — “I can only see outwardly, I cannot see inwardly, or vice-versa.” One should only learn how to see deeply, and then use that insight in both dimensions. Then he can give better science and better technology to the world and he can give better human beings, a better humanity, at the same time.

And remember, only in a better human being’s hands is a better technology right; otherwise, it is dangerous.

The East is dying with poverty. The West is dying with power. Strange…. They have created so much power that they can only kill. They don’t know anything about life because they have never looked in. The East knows everything about life, but without food you cannot meditate. When you are hungry and you close your eyes, you can see only chappattis just floating all around.

It has happened in the life of a poet, Heinrich Heine. He was lost in a jungle for three days, hungry, tired. Out of fear, he could not sleep; wild animals were staying in the tops of the trees in the night. And for three days continuously he did not come across a single human being to ask whether he was moving right or wrong, where he was going or if he was moving in a roundabout. Three days continuously… and then came the full moon night.

Hungry, tired, hanging onto a tree, he looked at the full moon. He was a great poet, and he was surprised, he could not believe it. He himself had written about the moon, he had read about the moon. So much is written about the moon — so much poetry, so much painting, so much art is around the moon. But Heinrich Heine had a revelation: before, he used to see his beloved’s face in the moon; today he saw only a bread floating in the sky. He tried hard, but the beloved’s face did not appear.