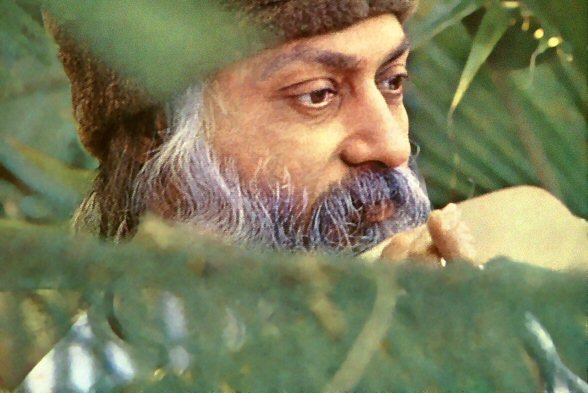 Question : AREN’T A LOT OF THE PROBLEMS OF THE WESTERN MIND THE RESULT OF THE SIN-ANDGUILT IN CHRISTIANITY?

Osho : Yes, that is bound to be. The concept of sin creates a very different consciousness around it. This concept is lacking in the Eastern mind. Rather, it is substituted for by the concept of ignorance. In Eastern consciousness the root of all evil is ignorance not sin. Evil is there because you are ignorant. So the problem is not of guilt but of discipline. You have to be more aware, more knowing.

In the East, knowledge is transformation – and meditation is the instrument for that transformation. With Christianity, sin became the center. And it is not only your sin. It is the original sin of humanity. You are burdened with a concept of sin. This creates guilt, tension. That is why Christianity could not really develop meditative techniques. It only developed prayer. What can you do to fight sin? You can be moral and prayerful!

First, their guilt has to be released. That is why the West had to develop psychoanalysis and confession. They were not developed in the East because they were never needed. In the West you have to confess. Only then can you get free from the guilt that is deep inside. Or you have to go through psychoanalysis so that the guilt is thrown out. But it is never thrown out permanently, because the concept of sin remains. The guilt will accumulate again.

Christianity is more concerned with your behavior. But behavior is just peripheral. The question is not what you do; the question is what you are. If you go on changing what you are doing, you are not really changing anything. You remain the same. You can be a saint outwardly and still be the same being inside.

The problem of those coming from the West is because of the guilt they have about their behavior. I have to struggle with them just to make them aware of their deeper problem – which is of the being, not of the psyche. Buddhism and Jainism have also created guilt. Not the same kind of guilt, but guilt in a different way.

Jainas in particular have created a very deep feeling of inferiority. Guilt in the Christian sense is not there because there is no question of sin, but there is a deep feeling that unless one goes beyond certain things, one is inferior. This deep inferiority works in the same way as guilt. Jainas have not created any meditative techniques either. They have only created different formulas: Do that. Do that. Don’t do this…. The whole concept is centered around behavior.

A Jaina monk is ideal as far as his behavior is concerned, but as far as his inner being is concerned he is very poor. He goes on behaving just like a puppet. That is why Jainism has become a dead thing. Buddhism is not dead in the same way because a different emphasis is there. The ethical part of Buddhism is just a consequence of the meditative part.

If behavior has to be changed, it is just as a help to meditation. In itself, it is meaningless. In Christianity and Jainism it is meaningful in itself. If you are doing good, then you are good. For Buddhism this is not the case. You have to be transformed inwardly. Doing good can help, it can become a part, but meditation is the center.

So of the three, only Buddhists have developed deep meditation. Everything else in Buddhism is just a help – not significant. You can even discard it. If you can meditate without any other help, then you can discard the rest.