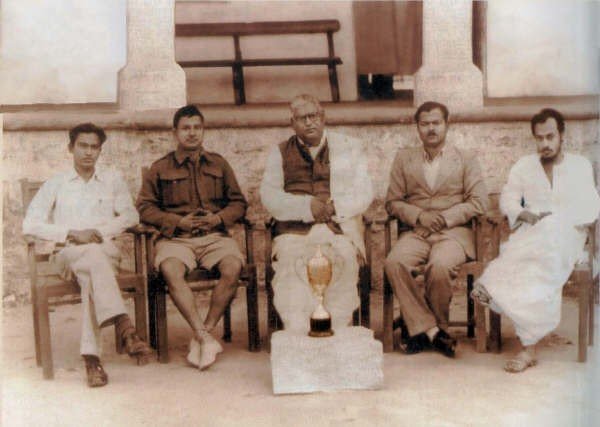 Osho : When I graduated from the university I immediately went to the education minister of Madhya Pradesh. He was also the chancellor of the University of Sagar, where I had postgraduate degrees in psychology, in religion, in philosophy. Now that same person is the vice-president of India.

I went directly to him. I told his secretary, “I am going to meet the chancellor of my university, not the education minister, so don’t come in between me and the chancellor. He knows me, he has been coming to the university every year for the convocation address. He has even addressed under my presidency the philosophical department of the University of Sagar. He knows me.”

He informed the education minister, who called me in. He said, “What is the matter?”
I said, “I have passed from your university, and I have topped the whole university. This is the gold medal. I need a teaching job in any university.”

He said, “You qualify absolutely. All the way you have been a first-class first, and finally you have topped the university, so you will get a place. And I know you personally, and I have always loved and respected you. Because you have been presiding over the meetings in the university where I was a guest speaker, I have heard you.”

So he looked at my papers, the application, and then he said, “One thing is missing, your character certificate.”

“My head of the department of philosophy has never lived with his wife, has been living with another woman. He keeps his wife and children in Delhi just to avoid them, so that he can have all the women he wants. Do you want me to get a character certificate from him? I know him better; perhaps you don’t know him that well.”

He said, “It is a difficult problem.”

He immediately gave me an appointment in a college. I took the appointment order from his hand. He said, “This is not the right way, it has to go through the post.”

I said, “When I am going to the college myself, why unnecessarily waste postage stamps?”

He said, “You are a strange fellow.”

I said, “That’s correct. But to be a strange fellow does not mean a man without character.”

So I took the appointment order, and the next day I appeared in the college where he had appointed me.

9 thoughts on “Osho teaching career, Osho as a Professor”