Osho – Why can’t there be only one religion in the world? 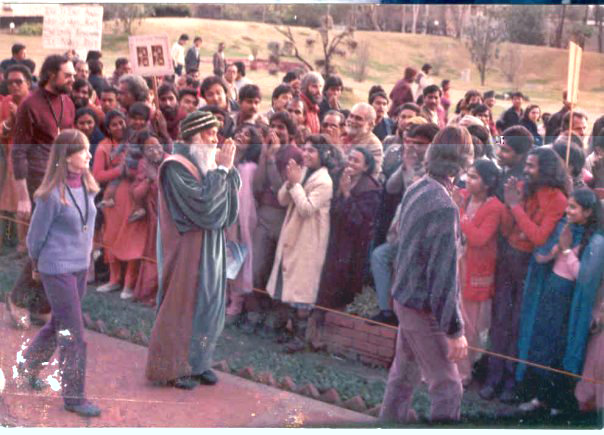 Question – Why can’t there be only one religion in the world?

In the past, people have tried to create one religion. Christians have tried hard enough and killed millions of people. Mohammedans have tried very hard to create one religion. But that one religion was a kind of politics. It was that everybody should come under one fold. When I say one religion I mean there should be no fold at all. Everybody should be free to have his own religion, to do his own thing. People are different. So I will have my own prayer in my own way. How can there be only one prayer? People are so different, their needs are so different — people are so unique.

Albert Einstein is reported to have said, ‘Mathematics is prayer to me and I have come to God through mathematics.’ Yes, there is a possibility and he did by and by become more religious. As death approached he became more and more religious; in fact, just before dying he was almost a mystic. And he had never gone to any church, he had never believed in the Bible or the Koran or the Upanishads. His Koran, his Bible, his Upanishads, were the universe, space, time and the stars and something that is beyond the stars.

Entering into that mystery, going continuously into that mystery, he became a mystic. He started feeling the invisible, the intangible; the affable was no longer meaningful, the ineffable became more and more significant. The visible disappeared and the invisible started appearing. He became a mystic. Somebody’s mind can turn science into a religion but to somebody else science will be just hard work, mathematics will be trouble — for him poetry may be his religion. People are different.

Obliged to remain in a certain town over Sunday he started out to attend a service in one of the churches of his own faith. But losing his way, and seeing an open church door just across the street, he entered not knowing to what creed the congregation belonged. As the service progressed his religious emotions waxed warmer until finally he gave vent to them by shouting out, ‘Praise God!’ Immediately one of the ushers tapped him on the shoulder and said, ‘You can’t do that in this church, sir.’

He is simply saying, ‘Praise God!’ But that may not be the way of that church. And the usher says, ‘You can’t do that in this church, sir.’ You see the ridiculousness of it? Praising God cannot be done in church?

People are different. Somebody will have his prayer through dancing and somebody may just like to sit silently doing nothing. All should be respected. In a one-religion world, with one religiousness permeating the whole of humanity, all will be respected. There is no problem. If you are reading the Koran and you enjoy it, the real thing is to enjoy it, the real thing is to get in tune. Somebody else may get the same high through the Bible, through ‘The Sermon on the Mount’. So what is Wrong? And somebody else may get high just by dancing and singing a song of Meera. So what is wrong? But these three hundred so-called religions are basically political organizations which are against each other.

A very Catholic woman returned from downtown New York, disheveled and distraught.
‘What happened to you?’ asked a fellow Catholic woman.
‘I was in the Garment District at the same time as the Protestants were holding a rally.
The mobs were thick and disorderly.
Suddenly two thugs grabbed me and pulled me into an alley. They tore off my clothes and raped me. It was horrible.’
‘Didn’t you scream?’ asked the other.
‘What, and have the Protestants think I was cheering them?’

The hood broke into a private party and, with gun drawn, lined the guests along the wall.
‘Okay,’ he snarled, ‘now I’m going to rob all the women and rape all the men.
One of the women giggled. ‘You mean you’re going to rape the women and rob the men,’
she said. ‘Listen,’ a man in a lavender suit said, ‘just let him do things his own way.’

People are different. This much has to be allowed. The world can have one religion, not as an organization, not as a pattern, but only as a diffused climate of religiousness.