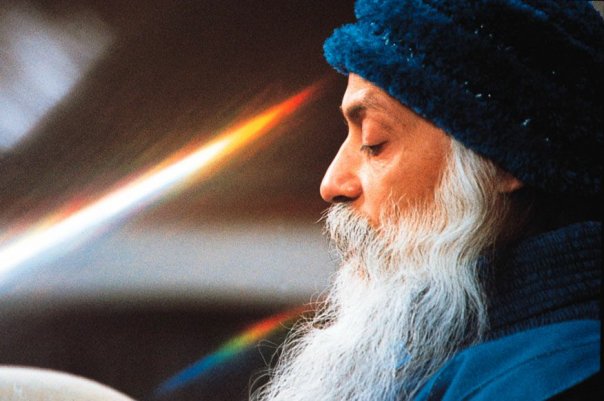 It has been always available to you. This very moment you are in it. Awake, and you are in it. Go to sleep, you remain in it, but because you are asleep you cannot see it. And then you start seeking. You are like a drunkard seeking your own home, asking for something that is just in front of your eyes. But the eyes are not clear – they are filled with opinions, distinctions, they are filled with words and theories. That’s why your vision is blurred, otherwise whatsoever you are seeking is just in front of you.

It has something in it. Because you become aware of the tip of the nose only when all your desires, all objects of desire, have become futile. You have no energy to move in desires, death is coming near. You are so energyless, all vitality has ebbed. You cannot move your eyes, you cannot run after desires and goals… the life is ebbing. In the last moment nothing remains except to look at the tip of the nose. One meaning.

Another meaning, and greater, and that is: whenever a person can look at the tip of his nose, he will die to this world. A new birth – because he has looked in front of himself with clarity. This world disappears, this life disappears. He is dead as far as his old being was concerned. He is a new being, it is a rebirth. Now there is no coming and no going.

It is a question of non-doing. How can non doing be easy or difficult? Non-doing is completely beyond the world of doing. It is just being! How can being be difficult or easy? Being simply is. That is the Great Way. The whole effort is to come to know and see the tip of the nose, just to look with clear eyes in front of you.

Source – Osho Book “Hsin Hsin Ming: The Book of Nothing”